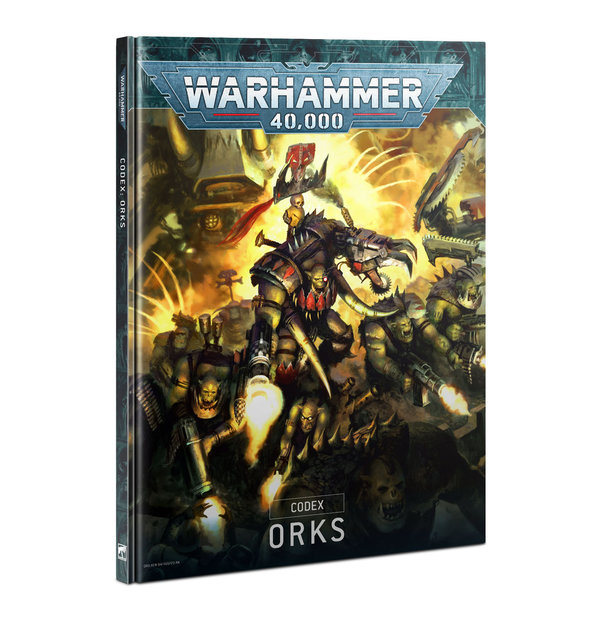 Orks are an extremely aggressive, crude and war-loving race or green-skinned Xenos. Each Ork is a huge hulking creature that stands a full head and shoulders above standard humans, their bodies are incredibly tough and muscular, able to withstand wounds that would fell a lesser being including losing limbs!

Thriving on chaos and conflict they will fight any and all challengers who stand before them, this could be the Space Marines, T'au empire, Eldar or most commonly other Ork clans. Orks are one of the most numerous races in the entire galaxy, it is possible that they even outnumber most of the other races combined. It is theorised that should the Orks stop fighting each other and unite, they would undoubtedly crush all opposition.

There are multiple types of Orks most of which are referred to as Boyz, Boyz are the most common form of Ork, although there are still many different types of sub-group that vary depending on status and equipment. The Larger and more aggressive Orks are referred to as Nobz, they act as squad leaders or fight together in their own mobs. Nobz have access to the best equipment, weapons and armour. The biggest and strongest Ork in any clan is the Warboss, which considering how deadly all Orks are it shows how cunning and ruthless they truly are. Warboss always have the best armour, weapons, and equipment.

This definitive Codex for all Orks collectors.

This highly detailed codex is essential for all Ork players and contains,