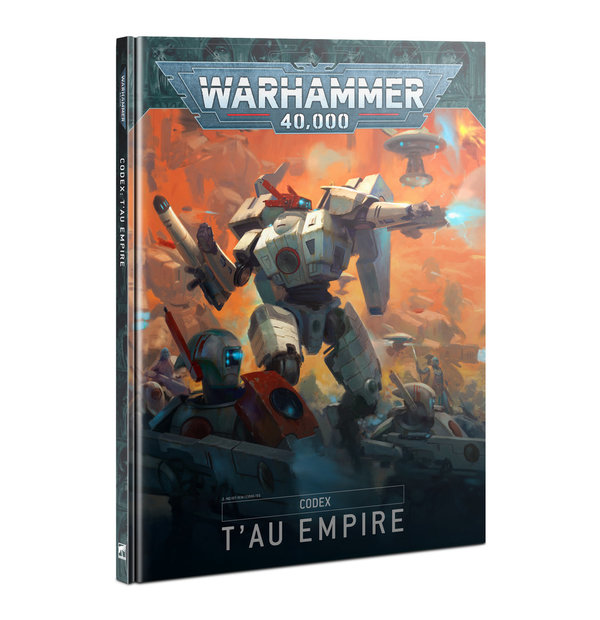 Amid the darkness of the far future, the Tau Empire is a relatively recently emerged threat. A race of blue-skinned humanoids who seek to join all of the great races of the galaxy under their own command in the name of the greater good. Shrouded by Warp Storms for millennia they underwent an extremely rapid technological evolution and are now one of the most advanced and devastating races in the Universe.

The T'au Empire is a master of long-range combat and often are seen to avoid close-quarters fighting when possible. Employing the use of powerful Battlesuits and specialised weapon systems such as the Rail Cannon during battle, they are capable of punching holes clean through enemy armour with extreme velocity projectiles from great distances. In cases where close combat is unavoidable, the Tau will deploy its auxiliaries forces, such as Kroot warriors, to handle the situation while they offer fire support.

Throughout their history, the T'au has conquered and colonized many great star systems, and their progress shows no sign of slowing. Strike forces have been seen throughout the galaxy in multiple sectors, with reconnaissance drones leading the way before the first salvo truly announces their arrival.

This definitive Codex for all T'au Empire collectors.