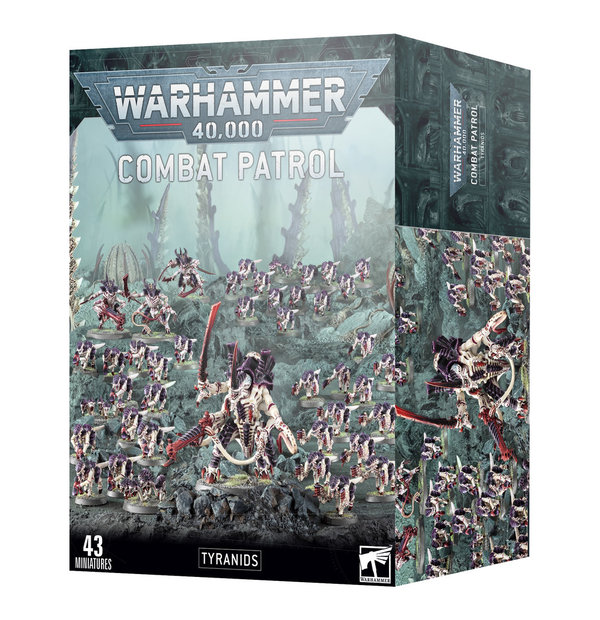 The Tyranids, also known as The Great Devourer are a race of insect-like creatures that are alien to the Milky Way Galaxy. No one knows where they originate from but it is known that their sole purpose is the consumption of all forms of genetic and biological material in order to evolve and reproduce. It is theorised that they have consumed one thousand galaxies and are responsible for the annihilation of millions of intelligent species. Tyranid technology is based entirely on biological engineering, every function from warfare to space flight is carried out by living, specially engineered creatures. Every Tyranid creature collectively forms the Hive Fleet, which is controlled and directed by a single Hive Mind.

Tyranids are seen as one of the gravest threats to the entire Galaxy. They seek only to consume all organic life and they cannot be reasoned or bargained with or deterred in this singular quest. Worse still for the Galaxy, thus far the Tyranid Hive Fleets that have been encountered are merely the furthest stretched tendril of the main invasion fleet that is still travelling in the void of space. When the main fleet emerges from the void, it is unknown if any race will be able to stand against them.