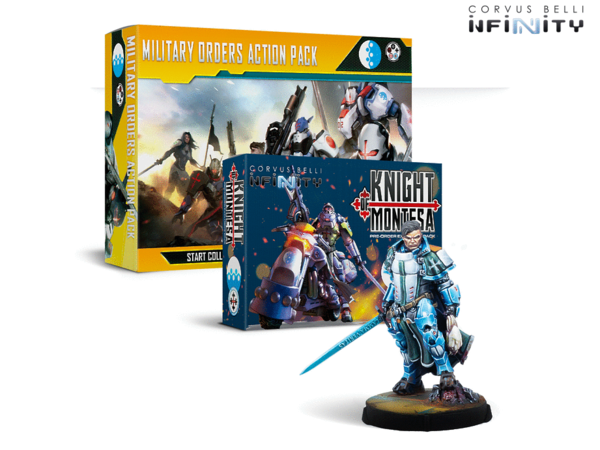 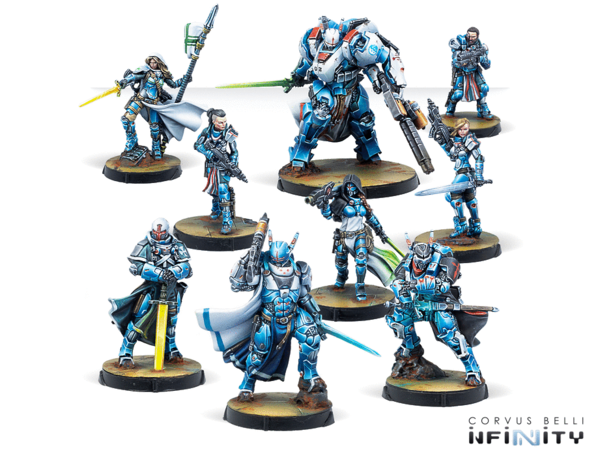 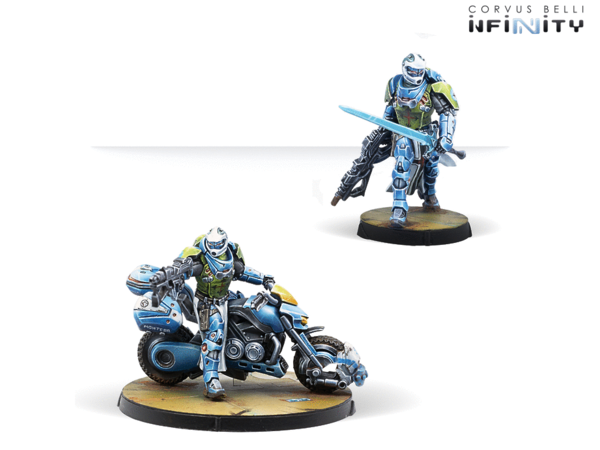 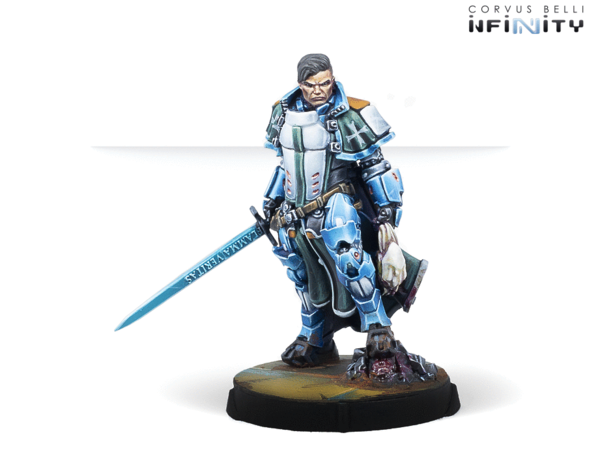 The Military Orders Bundle Consists of the Action Pack, Knight of Montesa and Exclusive Padre-Inquisidor Mendoza

The Military Orders, religious groups of military character, were a phenomenon of the Middle Ages that, surprisingly, has resurfaced in the Human Sphere with a force comparable to that of its heyday. Bringing additional combat strength to the army of PanOceania and subject to PanOceanian High Command, they have some freedom of action and distinguish themselves by their assault tactics that recall those of earlier bloodier times.

Knights of Montesa are famous for playing hard; they are stubborn, powerful, and valiant. The most courageous in battle and the first into danger. As heavily armoured infantry, they will always be found where the action is.

Padre-Inquisidor Mendoza miniature, a completely new model, never seen before. Mendoza can also be used as an alternative Skin of the same character in the board game Aristeia! as the blister contains its own card.