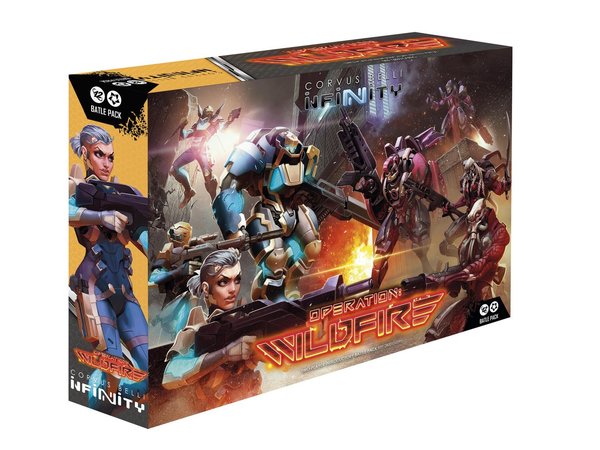 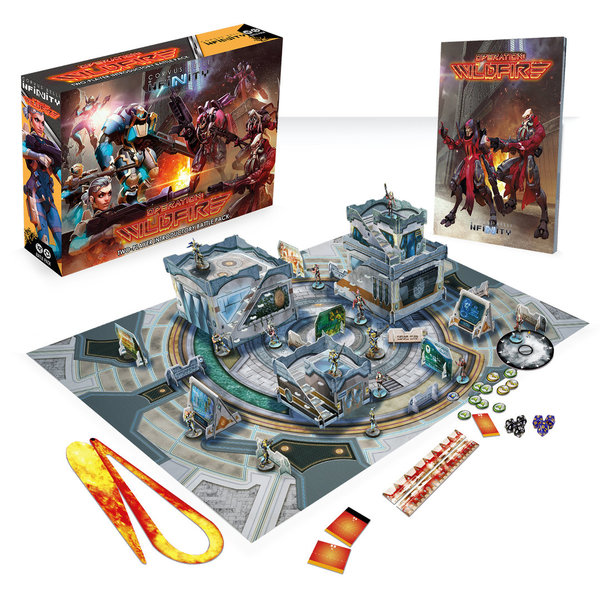 incl. VAT, plus delivery
Available to Order In

In order to get the secrets hidden in the databases of the Sálvora Governmental Complex, the insidious Shasvastii have set a wildfire in the surrounding forest. While the flames threaten to devour the entire complex, the brave O-12 troopers must fight off the alien forces and keep both the secrets and the civilians safe and sound, because their duty requires no less!

Operation: Wildfire Battle Pack is a box containing 14 miniatures belonging to two different armies, an introductory ruleset, cardboard scenery, dice… everything you need to start collecting Infinity or just to complete your collection!

In addition, Operation: Wildfire is the way to introduce yourself to the Infinity ruleset, as it includes a full color 84-page rulebook (English/Spanish) with 5 tutorial missions to learn to play, making it easy to understand the Infinity core mechanics.

In this booklet you will also find the background and troop profiles of all the troops in the Battle Pack. There is also a brief guide to the Infinity universe and advice on exploring it in more depth.

Operation: Wildfire contains 2 totally new Starter Packs of two different factions: O-12, which is a new addition to the Infinity universe, and the Shasvastii from the Combined Army. It also includes 2 exclusive miniatures, one per faction, only available in this Battle Pack. A total of 14 highly detailed metal miniatures!